© eyfoto – Getty Images
A man who bought a 2015 Mercedes-AMG C63 S that originated in Canada learned about some of the challenges of owning a gray-market vehicle.

Importing a car means bringing roughly equal amounts of excitement and challenge across the border. When the car in question is a Canadian 2015 Mercedes-Benz C63 AMG S, or any other car that originated in Canada and is being brought into the United States, it might come with enough automotive cooties that your local dealer may be hesitant to work on it.

That’s what happened to the C63 AMG S that was purchased by Victor Sanchez from an independent dealer in San Luis Obispo, California. Sanchez told local news station KEYT that the dealer did disclose that the car had been imported from Canada and that it was considered a “gray market” vehicle since it hadn’t been imported by Mercedes USA, but told him it was still under warranty.

This is important because, after the Imported Vehicle Safety Compliance Act of 1988 was put into effect (thanks, in part, to a push by Mercedes), it became much harder for individuals to import vehicles, because manufacturers were needed to certify imported cars. If you want to import something yourself, you can, but the U.S. Customs and Border Protection agency makes it clear that this won’t be a cheap or easy task. Here’s just one section on the CPB’s website describing what to do with a vehicle that doesn’t have its safety papers: “If it is a nonconforming vehicle, the importer must contract with a DOT-registered importer (RI) to modify the vehicle and certify that it conforms to all applicable FMVSS. The importer must also post a DOT bond for one and a half times the vehicle’s dutiable value. This bond is in addition to the normal CBP entry bond.” It goes on from there.

So, while buying a gray-market vehicle might mean a lower initial sticker price and let you drive around with a particular color or feature that an automaker doesn’t sell in the U.S., there’s more to it than just getting the vehicle into your driveway. Sanchez’s story highlights one example, but there are others, including VINs that don’t play nice with state DMV systems and needing to pass emissions and safety checks in some areas.

Since Sanchez purchased his car without the help of a Mercedes dealer, when a safety recall notice came in his local Mercedes dealer told him they wouldn’t touch his import for recall work and that he should ship the car back to Canada. Sanchez was confused, he told KEYT, since that same dealership had worked on the vehicle for warranty work.

The reason, Mercedes wrote to KEYT—and to Car and Driver as well, when we inquired—was that, since this was a gray-market import and had a Canadian VIN, its recall actions are organized and tracked by Mercedes-Benz Canada. “Since there are subtle, but sometimes important differences in the hardware and software found in Canadian and U.S. vehicles, additional training and specialized tools may be required for U.S. dealership technicians to complete recall work and other repairs beyond basic maintenance on Canadian specification vehicles,” Mercedes wrote.

Mercedes USA also said it has no records of this particular vehicle ever being serviced at any of its 383 U.S. dealerships and added, “There are certain advantages to visiting an authorized Mercedes-Benz dealership for service, including but not limited to the fact that any recall would have been addressed during the course of maintenance.”

The recall on this Mercedes-AMG C63 S was finally resolved after KEYT asked some more questions about the situation and the dealership decided it could do the work after all. Mercedes says it is glad the repair—a software update for the car’s electronic stability program control unit—was completed, but we’re sure there will be more stories like this because forbidden fruit remains so, so tempting sometimes.

Wed Jul 29 , 2020
FAMILIES are struggling to find an English seaside holiday this year, as prices soar and campsites and hotels are fully booked. Brits are wary about booking a trip abroad after Spain was removed from the safe travel list at short notice, resulting in a mandatory two-week quarantine in the UK. […] 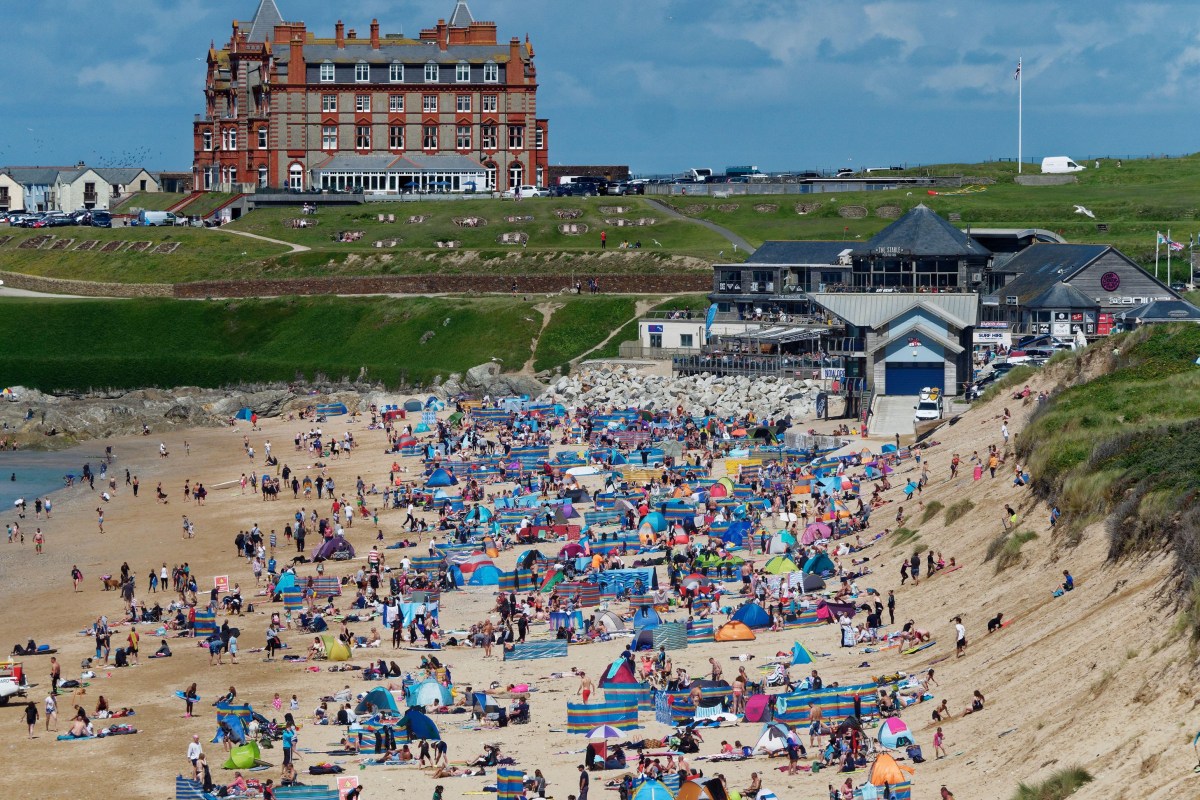