U.S. new car sales have rebounded sharply since hitting recession lows when the coronavirus pandemic first struck, but July numbers could be signaling that another dip is in the offing, according to industry analysts.

Getting a complete feel for the market can be challenging, since a number of major manufacturers, including General Motors and Ford, now report sales only quarterly. But among the carmakers that did release numbers, sales results for July were decidedly mixed. While Hyundai was up 1 percent compared to July 2019, industry giant Toyota was off a full 22 percent for the latest period.

“We’re in unprecedented and uncertain times right now — and consumers aren’t sure what to do,” said Stephanie Brinley, principal automotive analyst with IHS Automotive.

Brinley pointed to a variety of factors, including job losses that are again on the rise, as well as the delay in renewing federal pandemic stimulus programs.

But other factors are at work, according to industry experts, including a shortage of inventory at many dealerships, a result of the two-month shutdown of the North American automotive manufacturing network and similar closures abroad.

While there should have been about 3.6 million vehicles on U.S. showroom lots last month, the figure was closer to 2.3 million, said Tyson Jominy, the head of J.D. Power’s PIN network, which tracks the market.

The shortage is particularly severe when it comes to the big pickups and SUVs that helped prop up the U.S. market as the country first went into lockdown in mid-March. During a conference call last month, Cynthia Tenhouse, Toyota’s U.S. vice president of sales, warned that the shortage of some products was beginning to impact sales.

That was echoed by Thomas J. Doll, the president and CEO of Subaru of America which saw its own sales tumble 20 percent in July. If anything, he said, “Given our low supply of key models… we were extremely pleased with our sales results.”

How long it will take to rebuild inventories is far from certain, in part due to the escalating wave of COVID-19 infections that has complicated industry efforts to ramp up production at U.S. automotive parts and assembly plants. Toyota’s Tenhouse told reporters it could take until late this year to get vehicle stocks back anywhere close to normal levels — a position echoed by a number of other manufacturers.

Industry planners and analysts are closely parsing July’s numbers to try to divine what’s ahead for the industry. One worrisome sign was the decline in the average transaction price, or ATP, paid by the typical buyer in July. Though up about 3.3 percent from a year early, prices have been falling for several months after hitting an all-time peak of nearly $40,000 in spring.

“We ‘re seeing a slow decline in transaction prices month-over-month since May, as manufacturers slowly pull back incentives and inventory levels shrink for certain models,” said Eric Lyman, Chief Industry Analyst for ALG.

But there is also concern among industry watchers that buyers are pulling back due to economic uncertainties — a situation that is likely to worsen if unemployment keeps rising and especially if Congress and the White House cannot come to an agreement soon.

Wed Aug 5 , 2020
Most home offices are extra bedrooms that are converted into a workspace. But for the first time, one of the biggest residential construction companies in the U.S., KB Home (KBH), will offer dedicated home office construction, the company announced Wednesday morning. KB Home joins a slew of smaller architects and […] 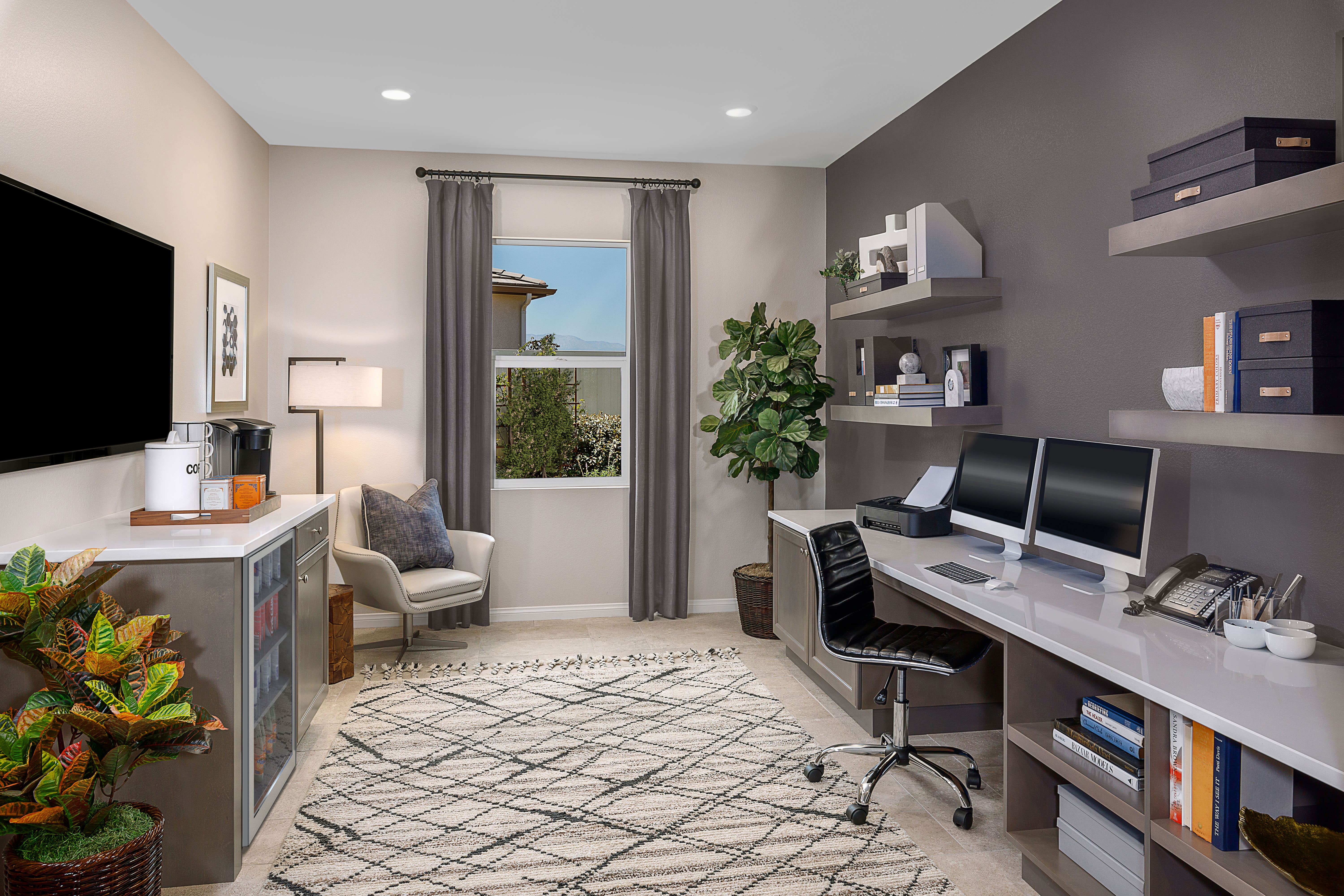