Online Entrepreneur Scott Oldford Reveals the Science to Liberating Your Business from Financial Volatility Through the Most Powerful Energy We Know: The Nuclear Chain Reaction

While there’s much wisdom to glean from Thomas Edison’s timelessly inspirational quote, for most budding entrepreneurs the odds are stacked against them.

Last year, 6.5 million businesses launched in the U.S. But, according to a recent study1, 50% of those businesses won’t see their fifth anniversary and 70% will not survive their tenth.

The numbers are even more formidable if your business is online. In a 2019 report2, the failure rate for e-commerce startups is 90% after only four months.

Those figures, while grim, are not immovable. Ask any entrepreneur and they’ll tell you their business is personal; its fortunes are determined, not by third-party statistics, but by their grit and determination.

Navigating that emotional energy takes discipline. Much like in the science of a nuclear chain reaction, its forces can be both constructive and destructive.

In his new book “The Nuclear Effect,” Scott Oldford, who’s acumen building multi-million dollar brands online has made him a leading consultant for both small startups and Fortune 500 companies alike, reveals how entrepreneurs can free themselves from the metaphorical rollercoaster of financial inconsistency and elevate their business to a level of long- term growth and success.

Create Your Own “Nuclear Effect.” Become an Unstoppable Force

With the upcoming release of “The Nuclear Effect” on August 4, 2020, Scott has taken the laws of Physics and reimagined it as a science in the world of business.

1 “Why Some Startups Succeed (and Why Most Fail)” – Entrepreneur https://www.entrepreneur.com/article/288769

2 “Ecommerce Business Failure Rate at 90% After 120 Days – How to Avoid it With Your Business” – Small Business Trends https://smallbiztrends.com/2019/07/why-ecommerce-fails.html

As with every action, there is an equal and opposite reaction. The more your business progresses, the more you need to sustain it, and it’s easy to find yourself stuck in a “tug-of-war” between reaching success and the demands it takes to stay there.

But, your online business shouldn’t be solely dictated by the natural ebb and flow of your resources.

Imagine if you could harness the power of limitless energy and create your own dynamic opportunity for growth? Your own “nuclear effect”?

By following Scott’s celebrated “6 Pillars of Business” blueprint, “The Nuclear Effect” provides the tools needed for online businesses to generate momentum and become an unstoppable (and profitable) force.

As a globally sought after mentor, featured in Forbes, ABC, Fortune, NBC, and more, Scott Oldford has helped hundreds of entrepreneurs reach their potential as the creator of “The Relevancy, Omnipresence, & Intimacy Method” and “The 6 Pillars of Business.“

Scott’s expertise comes from his personal entrepreneurial journey. A journey that first brought him financial success beyond his wildest dreams before even turning 21. But, he quickly learned that continued success isn’t a guarantee and soon found himself trapped in a revolving door of frustration and debt.

Through insights learned from those highs and lows, Scott has since built nine multi-million-dollar businesses, while also becoming a top advisor to high-profile, highly-successful online businesses around the world.

“Building a successful business online is a science,” Scott says. “Through the looking-glass of my own experiences, I’ve applied the fundamentals of what works and what doesn’t in order to help others break down barriers standing in their way of finding financial abundance, freedom, and success.”

Wed Jul 29 , 2020
School of Law graduate and public servant embarks on career to help people gain equal access to legal system July 29, 2020 : By Liberty University School of Law Editor’s Note: Throughout the summer, Liberty News will shine the spotlight on members of the Class of 2020 leading up to […] 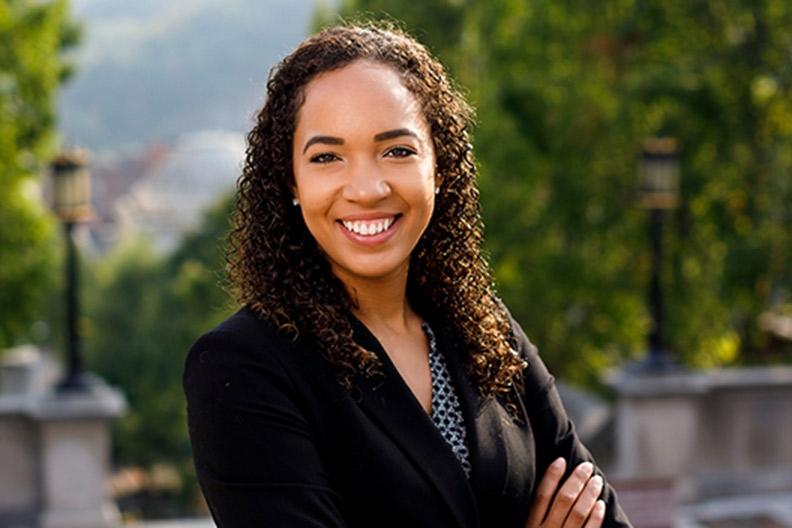