You enter Jaime Brown’s island at the airport, a rickety thing on a wooden pier out in the ocean with a single gate, staffed by two loquacious dodos. You walk on a long dirt path that winds through cliffs and waterfalls, past white roses and chrysanthemums, next to the occasional pink pansy. The structure comes into relief across a slatted bridge that crosses a little river filled with fish. It’s a light blue Tudor with a gray door that greets you with a wreath made of shells, a slate gray well just to the right, and a little seating area with a matching white birch couch and chair set on a white flagstone circle out front. It is unassuming, quaint, and quiet. Anyone who has attempted to create such a space in Animal Crossing: New Horizons, where Brown’s virtual house resides, knows that pulling off something that looks quite that professional takes not only hours of gameplay and millions in in-game currency, but also just the right eye for design. “I’m very particular about my vision,” Brown says, opening the door.

Nintendo’s Animal Crossing: New Horizons is the unlikeliest video game hit of 2020, a quixotic little title that nonetheless became the best-selling game of the year in mid-March, with more than 13 million sales in a matter of weeks, sweeping across social media during the early days of the COVID-19 lockdown. It offers no guns, no enemies, no competition, and precious little in the way of concrete goals. You play a cheerful, big-headed human who, for unclear reasons, decides to pack it in and fly to a deserted island and take up residence alongside a selection of anthropomorphic animals. You set about taming the island: chopping trees and pulling weeds at first, and then gradually beginning to decorate it however you see fit, appointing your home and the land around it with a sprawling range of furniture, decorations, and knickknacks. Your goal is what you make of it, always, but for many, it remains simple: to make a home.

The game’s focus on design led to an explosion on social media, with minor celebrities made of Twitter users with particularly attractive kitchens, Pinterest boards covered in ideas for gardens, and Reddit threads devoted to perfect laundry rooms, outdoor dining areas, and campgrounds. Such displays roused the envy of gamers who had yet to even acquire a set of tables and chairs.

The game lets you buy furnishings and decor at a little shop staffed by two small raccoons, but amassing items and knowing where to put them are two different things. Some companies, like home furnishings brand Olivia’s in the U.K. and gaming company Cyber Games Arena in Hong Kong, even hire out design talent to help people bring extra pop to their islands. According to the Olivia’s job posting, outlining the brand’s search for interior design specialists to serve as in-game advisers, design consultations typically last an hour, and include a number of design solutions that fall within a player’s “bell budget”—a reference to the game’s currency. Consultants are paid upwards of £40 an hour. Informally, other figures in the design world, such as Queer Eye star Bobby Berk, have been helping players solve their decor conundrums free of charge.

Sun Aug 2 , 2020
EMERYVILLE — Private shopping sprees typically are reserved for the rich and famous. But the giddy young people piling their arms high with free Forever 21 merchandise were neither — they were from a local homeless shelter. “I’ve never done anything like it before!” said one young woman as she […] 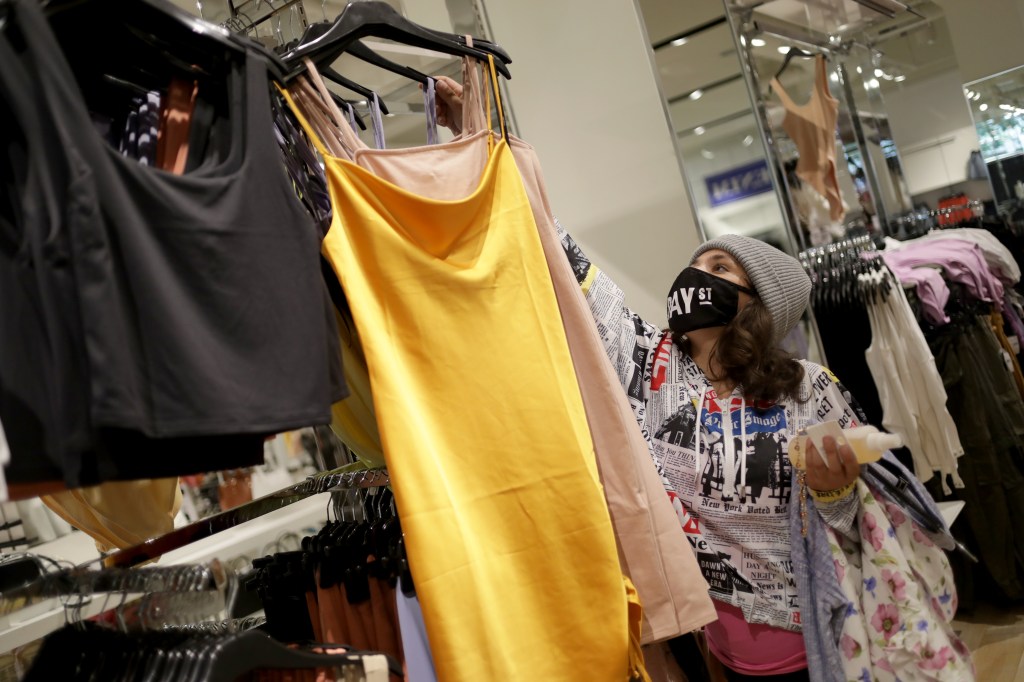