Jamesha Lucas came up with the idea for Bronzed N Glow Beauty Boutique when realized she had a problem.


She was spending way too much money on hair products.

Lucas and co-founder Destiny Thomas had spent years buying, storing and eventually throwing out products that didn’t work for them. They started exchanging them in order to clear their shelves.

Start the day smarter. Get all the news you need in your inbox each morning.

Even though they both had curly hair, a product that worked for Lucas wouldn’t for Thomas, and vice versa.

“We realized how important education was, and going a step further … that products don’t fix everything,” she said.

The idea for a beauty supply store with a focus on hair and scalp education was born.

But when Lucas officially opens Bronzed N Glow on Saturday on Livernois, in Detroit’s Avenue of Fashion neighborhood, she will be entering a vastly different business landscape than when the idea for the store was born.

In addition to construction delays that forced many businesses to shutter, some temporarily and some permanently, on Livernois, there is the pandemic.

Nearly 800 small businesses with a presence on Yelp’s website and mobile app have permanently closed their doors in metro Detroit since March, when coronavirus shut down the economy, according to Yelp, which tracks when businesses on its site have indicated closure. Nearly 10% of those closures were retailers.

In the three years since the women decided to create the business, Lucas has had to rework her business strategy, hire employees, lose her whole staff and then hire again.

She’s already expanded the beauty supply store’s customer base internationally, even before opening the doors.

“I’ve been doing so much work that no one could see,” said Lucas. “I always see that post that says, ‘It took years for someone to become an overnight success.’ That’s how it feels.”

Lucas, 31, never set out to work in beauty. The St. Louis native had worked in business sales and consulting, most recently at Google in Ann Arbor. But when she realized other people were having similar problems with finding the right hair care products, she knew she wanted to open a business to help solve that issue.

Brick-and-mortar was always part of the equation: Lucas wanted to create an experience unlike walking into a typical beauty retail supply store, with multiple employees on hand to answer questions and even a hair analysis machine.

A big part of the experience, Lucas said, is education around hair products. The store sells a mix of national and local brands for women, men and children, with a big emphasis on products for Black hair, from serums to styling creams and oils.

It’s not just about recommending the right products. The store is meant to be a place for a conversation around scalp and hair issues, an idea that came from Lucas finding out that she had seborrheic dermatitis, a condition she describes as “eczema of the scalp.”

“I had been trying all these essential oils, which I now know exacerbates the problem,” she said. “So if you’re telling me that you have a chronic dry scalp and nothing seems to work, then you need to go see your dermatologist.”

But opening a storefront turned out to be a bigger challenge than she imagined.

© Kimberly P. Mitchell, Detroit Free Press
Jamesha Lucas, Chief Beauty Experience Officer of Bronzed n Glow beauty boutique works at the storefront on Livernois Avenue of Fashion in Detroit, which is set to open August 8th, after receiving a Motor City Match cash grant. Lucas says the road has not been easy, but that she is excited for the future.


Finding the space felt serendipitous after suggestions by other business owners to take a look at the Avenue of Fashion. One day at Narrow Way Cafe on Livernois — Lucas and Thomas’s usual meeting spot — they ran into the owner of a new building nearby. He said he would keep them in mind to lease a space in it. A few weeks later, in the fall of 2018, he called and offered it to them.

But shortly after, construction on Livernois began. Construction vastly reduced vehicle and pedestrian traffic at points, causing some businesses to close temporarily, or in a few instances, permanently.

“There was no getting around it,” she said. “We had a grand opening date in July, and July came and there’s no street. And then October came and there was no sidewalk in front of the store.”

By the time construction wrapped up, it was winter.

“Do we launch a retail business in the middle of an unpredictable Michigan winter?” Lucas asked herself. She decided to wait until spring, not knowing she’d be up against the coronavirus.

Lucas had begun hiring staff for the store last year — at one point, Bronzed N Glow had five employees. But each time there was a delay in opening, they’d lose an employee.

“That was hard on me,” she said. Employees would quit, saying they had bills to pay now.

“I completely understand and respect that because we haven’t given you a reason to stay,” Lucas would say to employees. There were times when she wondered what it would be like to walk away herself.

© Kimberly P. Mitchell, Detroit Free Press
Store Manager Ria Ramsey, of Bronzed N Glow beauty boutique stocks shelves at the storefront on Livernois Avenue of Fashion in Detroit on July 17, 2020. The store is set to open on August 8th. All associates will be well versed in black hair care to help match clients to specific products that will benefit their hair.


She remembers one moment that particularly stung: A passerby was taking a photo of Bronzed N Glow’s sign while Lucas was in earshot. Lucas recalls hearing another person say, “They must have ran out of money and that’s why they’re not open yet.”

“It was like, ‘wow, I am working so hard every single day, and on the outside, people are thinking something negative,’ ” she said. “That was a hit to my pride and ego.”

A reason for optimism

But a series of pop-up events  before the pandemic and an increase in social media followers left Lucas feeling more optimistic.

“After the construction on Livernois and then COVID, it’s been back-to-back for us,” she said. “This is testing our endurance. But we’ve just had so much love and support since people have found out about the business.”

Lucas was surprised when customers began calling the store, messaging her on Instagram and emailing looking to buy products. She had 60 orders in two weeks early on in the pandemic.


Lucas said she got more orders from social media than the pop-up events, making April and May two of the company’s best months. She started offering curbside pickup, and shipped products to locations as far away as Texas, California and Canada.

“It’s made me realize how strong omnichannel has to be,” she said. “I still believe fully in the brick-and-mortar concept. As much as people like shopping online, people love instant gratification, and walking into a store and walking out with a bag.”

When Bronzed N Glow opens Saturday, it won’t be the grand opening Lucas envisioned. Masks are required, and customers and staff will social distance.

But Lucas is optimistic, having overcome numerous obstacles for nearly three years to get to this point.

“We just keep persevering,” she said. 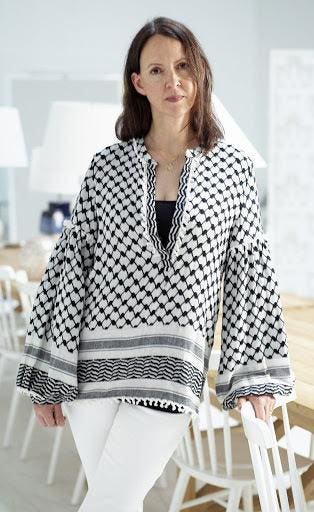