A newly developed therapy aims to bolster child-rearing techniques during the age of COVID-19.

Weeks before giving birth to her third child, Heather Harris was thrust into a life of quarantine. And once she returned from the hospital, Harris and her husband suddenly had to toggle between caring for a newborn, helping their 4-year-old and 6-year-old learn to navigate the computer to participate in school, and making sure that the children’s assignments were completed.

Fortunately, her husband was taking some time off from work and Harris was on maternity leave. But, according to Harris, they both struggled under the weight of responsibilities, along with the anxiety created by the emerging pandemic.

“Even though I thought ‘I should be able to handle this,’ there were a lot of things during this pandemic that I didn’t anticipate,” she said. “We needed to be everything to the kids, and I just wasn’t prepared for a lot of the guilt, sadness, fear, and helplessness that I was feeling about my ability to be a good parent.”

So, when Harris saw an ad to participate in a University of Miami study that would offer short-term therapy to parents coping with the stress of COVID-19, she decided to participate. The study and its related program, called Co-PARENT, is led by psychology professor Jill Ehrenreich-May and was funded through a Rapid Response Grant from the Office of the Vice Provost for Research.

In mid-May, the program began recruiting Florida parents of children ages 6 to 13 who had experienced elevated levels of anxiety, depression, or traumatic stress during the pandemic. It quickly gathered enough participants to begin.

“We’ve recruited really fast,” said Ehrenreich-May, adding that the program will accept interested participants until Aug. 8. “Typically, it takes a long time to get a randomized controlled trial like this done.”

The Co-PARENT study began while parents across the nation were grappling with the closure of schools, a sudden loss of childcare assistance, and a disruption of a regular routine. This forced many to juggle schooling, childcare, household duties, and work mostly from home. According to a recent report from American Enterprise Institute, a public policy think tank, parents with children younger than 18 are more worried about someone in their family contracting COVID-19 than adults without young children. In addition, 50 percent of parents with young children say they have felt overwhelmed or cried from stress or frustration in the past week, and 44 percent report feeling depressed more than once a week.

As part of the study, the Co-PARENT program offers parents four, 90-minute sessions of virtual cognitive behavior therapy designed by Ehrenreich-May and psychology Ph.D. students Niza Tonarely, Rinatte Gruen, and Elizabeth Halliday. It is a combination of methods they have used in the University’s Child and Adolescent Mood and Anxiety Treatment program, which Ehrenreich-May directs. It  includes being observant of one’s own emotions and how the emotions affect parenting, learning strategies to take a break when needed, and how to redirect negative emotions in a positive way. Another strategy discussed in the sessions is healthy emotion modeling—where parents explain their frustrations or the reasons they are upset to the child and then explain how they may ward off the desire to yell or punch a wall, instead choosing to take a walk or go for a run to cool off.

For Harris, who works in medical device sales and spent many years in population health, the isolation also increased her apprehension. She had a new baby, could not see her parents, and was worried about her mother-in-law—who is elderly and living alone. So, the therapy sessions served as a reminder of parenting strategies Harris could use to help overcome frustration while guiding her children through virtual learning and also helping them to weather the emotional toll of the pandemic.

For example, Harris had difficulty helping her son to deal with about five hours of virtual instruction and assignments each day, because he was unable to sit still for more than 45 minutes. At first, she would argue with him to stay seated. But with the therapy sessions, she learned to recognize his capacity to sit still and allowed him to take breaks, because it also helped achieve her goal—to support his learning.

“One day [in a session] we were discussing how short our fuses are, and how if the child won’t finish an assignment, we insist, and it becomes a battle of wills,” she said. “But I learned to find an association of the stressor with what I value as a parent. This frustration showed that I value my child’s education and realizing that association can help give you a moment to pause and cool off.”

But perhaps most encouraging, Harris said, was the camaraderie built with other parents who also were concerned about their children. She found herself looking forward to each session and hopes the program will expand in the future.

“Being in these sessions was empowering, because it made you feel less alone,” Harris said. “Someone had a daughter in high school, another had a child in middle school, but it didn’t matter the age of the child and it didn’t matter how many kids the parent had, the gravity of what we were feeling was all the same,” she added. “The same fears that run through your head: Are my kids going to be okay? Am I doing irreparable damage to them? They were all thinking it, too.”

Ultimately, the study aims to examine whether offering parents these strategies will help them mitigate some of their anxiety and stress during the pandemic, and therefore not pass on these feelings to their children. As part of the study, some parents were given the therapy sessions at the start of the spring, while others will receive therapy six weeks later, Ehrenreich-May said. Participants were given surveys at the end of each session to measure the progress. And although her team is just starting to analyze survey data, they have received very positive feedback so far, she said.

The team is now looking at ways to expand the program and have partnered with the University of Calgary in Canada to offer a similar program to parents of infants, Ehrenreich-May said. To participate in the study, visit the Co-PARENT website here.

Gymnasts Worldwide Push Back on Their Sport’s Culture of Abuse

Tue Aug 4 , 2020
A culture in gymnastics that has tolerated coaches belittling, manipulating and in some cases physically abusing young athletes is being challenged by Olympians and other gymnasts around the world after an uprising in the United States. Many current and former competitors, emboldened by their American peers, have broken their silence […] 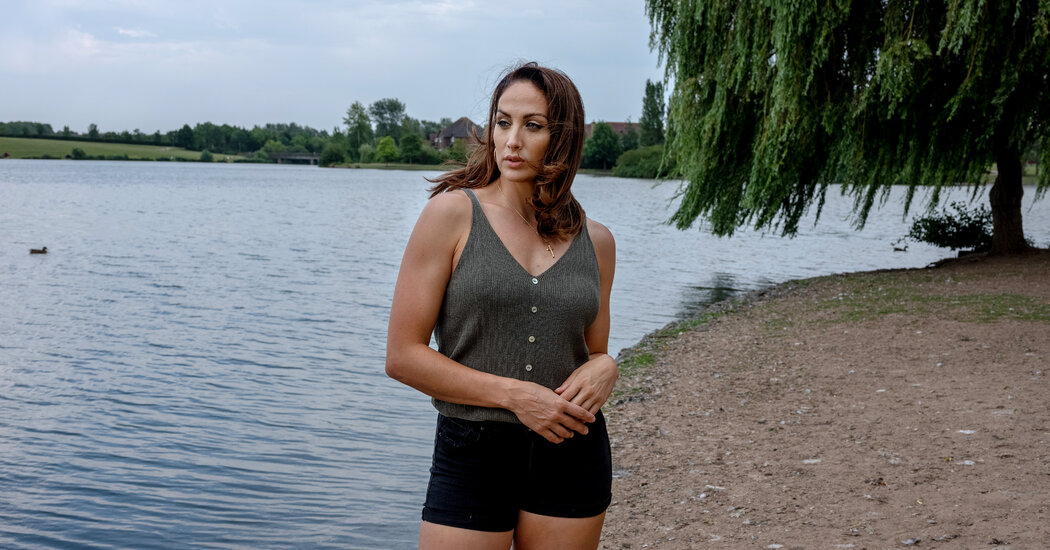