In previous columns I’ve been an advocate for the moderate consumption of wine. I’ve presented the benefits and rarely focused on the negative aspects. (Isn’t there always a counterargument these days concerning the benefits or detriments of any form of food or beverage?)

Well, here it is: the negative argument for imbibing wine (or any other alcoholic beverage). Especially in these coronavirus times, when many consumers have increased their sheltered-in-place alcoholic intake.

In an effort to provide a balanced approach, let’s first focus on the benefits of consuming wine in moderation.

Anecdotal proof: Wine has been consumed by many civilizations for millennia. The Egyptians of 3,000 B.C., the Greeks and Romans of 1,000 B.C. and Western Europeans of the last 2,000 years have consumed wine for its proven medicinal, therapeutic and antimicrobial values. History sometimes provides a better validation of theorems than the most recent scientific evidence.

Numerous studies: Volumes have been written on the benefits of antioxidants in our food and in our bodies. Studies have validated the benefits of red wine – protecting the heart and brain, fighting and preventing cancers, reversing diabetes and obesity, boosting the immune system and slowing the aging process.

High alcohol: It is quite clear that excessive alcoholic intake is dangerous. In addition to the deleterious health effects (liver disease, increase in cancer risk and cognitive impairment), there are the social dangers (drunk driving and aggravated assaults).

But how to define excessive? How to gauge one’s tolerance level? There seems to be a shifting scientific argument that even one daily glass of wine may be unhealthy for a segment of our population.

Consumption of wine can be habit-forming and lead to increased intake of alcohol, leading to a plethora of medical and social problems for the population as a whole. A study published in the British Medical Journal found that drinking less reduces the risk of heart disease and lowers blood pressure. The head of the study reported, “We saw a link between a reduced consumption of alcohol and improved cardiovascular health, regardless of whether the individual was a light, moderate or heavy drinker.”

High calories: A gram of carbohydrate sugar contains four calories. A gram of wine contains seven calories. Extrapolating that, a typical glass of wine (five ounces), with an average percentage of alcohol, has as many calories as two chocolate chip cookies. Do the math: the equivalency is for each glass of wine consumed.

In the United States, we’ve come to grips with the counterbalancing arguments in several economic cycles:

Is there a means by which we can drink our wine and preserve the benefits while reducing the negative effects? Short of switching to grape juice, which contains as much antioxidants as wine (at a much greater level of consumption), is there an acceptable compromise? I’ve expounded on this in previous columns, exploring low-alcohol and non-alcoholic wine. Consider these in the context of your lifestyle and coronavirus-related drinking habits.

Nick Antonaccio is a 40-year Pleasantville resident. For over 25 years, he has conducted wine tastings and lectures. Nick is program director and a member of the Wine Media Guild of wine journalists. He also offers personalized wine tastings and wine travel services. Nick’s credo: continuous experimenting results in instinctive behavior. You can reach him at nantonaccio@theexaminernews.com or on Twitter @sharingwine.

The Fashion Lifestyle Icon taking the Industry by Storm

Tue Aug 4 , 2020
NEW YORK, NY / ACCESSWIRE / August 3, 2020 / Justin Haynes, founder of JUS10H, has made his way to the top of the fashion industry through hard work and dreaming big. Justin is what the fashion industry refers to as a “Ready to Wear Designer.” He primarily focuses on […] 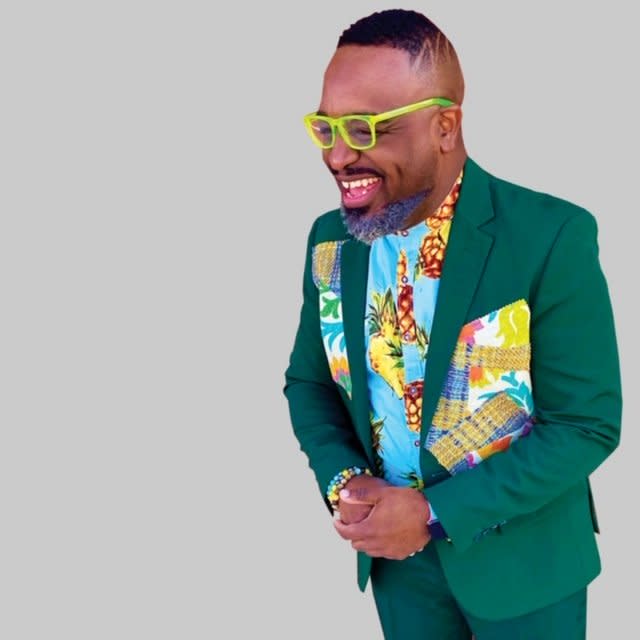