(Bloomberg) — AutoNation Inc. said the thousands of staff it dismissed in the midst of the pandemic may not be called back because consumers are making a permanent shift to buying vehicles online.

AutoNation now has about 21,000 employees, down from roughly 25,000 at the end of last year, Chief Executive Officer Mike Jackson said in an interview. The job cuts, along with a broader restructuring that took place at the beginning of 2019, helped AutoNation reduce expenses and deliver adjusted earnings per share that beat analysts’ highest estimate for the second quarter.

“We may add some as the level of business fully recovers,” Jackson, 71, said by phone. What will be lasting, he said, is the reduction in costs related to the digital shift: 45% of AutoNation’s customers bought their cars online in the quarter that ended in June.

With cautious shoppers buying into the value proposition of depreciated vehicles, the company sold more used than new for the first time, retailing 59,000 pre-owned cars and trucks — while selling 54,500 new units.

It’s not just online retail that lifted AutoNation’s results. Interest rates are low, and more people are seeking out personal vehicles to avoid exposure to the coronavirus, Jackson said. Although auto demand rebounded faster than expected from April to June, the recent resurgence in cases across the country is clouding the outlook for the rest of 2020, he said.

“I expect some twists and turns between now and year end, and it’s all hard to predict,” he said. “When I look at 2021, I’m optimistic and confident for the retail auto industry.”

Jackson, who has led AutoNation as chairman for almost 20 years, stepped back into the CEO role permanently earlier this month after Cheryl Miller stepped down. She took a leave of absence in April for health reasons.

AutoNation shares climbed as much as 7.4% to $52.48 shortly after the open of regular trading Thursday.

Tesla Owners Love Their Cars, Despite Their Faults

Mon Jul 27 , 2020
A customer looks at a Tesla Model X electric vehicle at a Tesla store. SOPA Images/LightRocket via Getty Images Love is blind. It’s official — well, unofficial — that true love enables car owners to overlook a lot of faults. The Tesla all-electric-vehicle brand is Exhibit A. According to J.D. […] 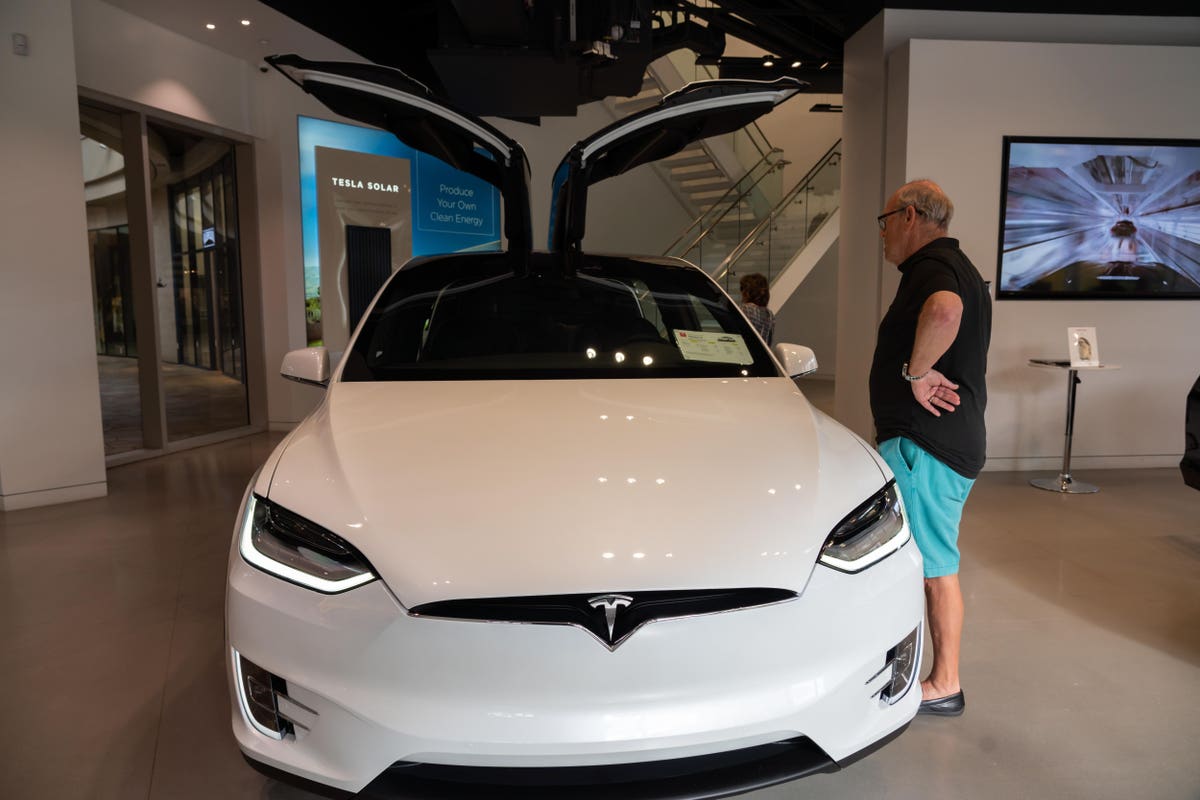