WASHINGTON – Doubling down on a campaign theme aimed at the suburbs he must hold to win re-election, President Donald Trump asserted Wednesday that bedroom communities would no longer be “bothered” by nearby “low income” housing.

Referencing an Obama-era anti-discrimination housing regulation his administration nixed last week, Trump tweeted that suburbanites would now experience lower crime rates and higher property values because of the rule’s demise – drawing a quick rebuke from critics who pointed out the provision was an attempt to address racial segregation.

Trump, who polls show is trailing in battleground states, has tried to frame Democrats as seeking to “abolish” the nation’s suburbs, a key constituency for both parties. Democrats – including the party’s presumptive presidential nominee, Joe Biden – have accused Trump of race baiting.

Start the day smarter. Get all the news you need in your inbox each morning.

“I am happy to inform all of the people living their Suburban Lifestyle Dream that you will no longer be bothered or financially hurt by having low income housing built in your neighborhood,” Trump tweeted as he flew to Texas for several events Wednesday. “Your housing prices will go up based on the market, and crime will go down.”

More: Trump says he did not ask Vladimir Putin about bounties on US troops

“Sure I’m forgetting something, but this is maybe the most vile tweet I can remember from him,” wrote Matthew Miller, a former Justice Department spokesman during the Obama administration. “President of the United States telling poor people to go to hell.”


John J. Pitney, professor of government at Claremont McKenna College, noted the rule is not specifically aimed at low-income housing but rather racial discrimination.

“He is equating the two in order to appeal to racial prejudice,” Pitney said. “No wonder. Trump wants people to think about crime and race instead of the pandemic death toll.”

The regulation at hand, the 2015 Affirmatively Furthering Fair Housing rule, requires local governments that receive federal funding to study racial bias in their housing patterns and develop plans to address it. Critics, including Trump and U.S. Department of Housing Secretary Ben Carson, have called the requirements overly burdensome.

Carson announced last week that the rule would be suspended.

“We found it to be unworkable and ultimately a waste of time for localities to comply with, too often resulting in funds being steered away from communities that need them most,” Carson said at the time.

Trump has ratcheted up his rhetoric on the issue this month, using a Rose Garden press conference July 14 to claim Biden wants to “abolish the suburbs.” Two days later, speaking on the South Lawn, Trump incorrectly claimed Biden wants to defund police departments and that “suburbia will be no longer as we know it” if he is elected.

Days later, Trump posted a tweet he said was intended for the “Suburban Housewives of America,” arguing “Biden will destroy your neighborhood and your American Dream.”

The president has roped other cultural touchstones into that line of argument, including the recent protests for racial equality. Trump has conflated peaceful protests demonstrating the death of George Floyd with the violence that erupted in some cities alongside those protests, and has touted a “law and order” response by deploying federal law enforcement officials to Portland, Chicago and other cities.

Biden has accused Trump of attempting to scare voters and distract from other issues.

“He’s now trying to scare the hell out of suburbs,” Biden said. “This is about division. This is about trying to split the country. And so far, thank God, the American people aren’t having any of it.”

Trump’s strategy underscores the importance and urgency of the suburbs for his re-election. A USA TODAY analysis of midterm election returns across the nation in 2018 found more than 80 suburban counties and cities  – with high incomes and a large number of college-educated voters – voted more Democratic compared to 2016.

Yet several polls have suggested a shift taking place in the nation on racial issues that could expose cracks in the president’s strategy. Nearly two-thirds of Americans said they support the recent protests against racial injustice prompted by the killing of Floyd in Minneapolis, according to a Gallup poll released Tuesday.

Nine in 10 Black Americans said they support the protests, compared with 89% of Asian Americans, 70% of Hispanics and 59% of white respondents.

Want to talk more about politics?: Join our Facebook group: ‘Across the Aisle, Across the Nation.’

Thu Aug 6 , 2020
INDIANAPOLIS –  The general election is just 90 days away, but Indiana counties have yet to receive state guidance on specifics about how to provide a safe environment for voters this fall. In the Primary Election, masks were required for poll workers, all Hoosiers were able to vote by mail […] 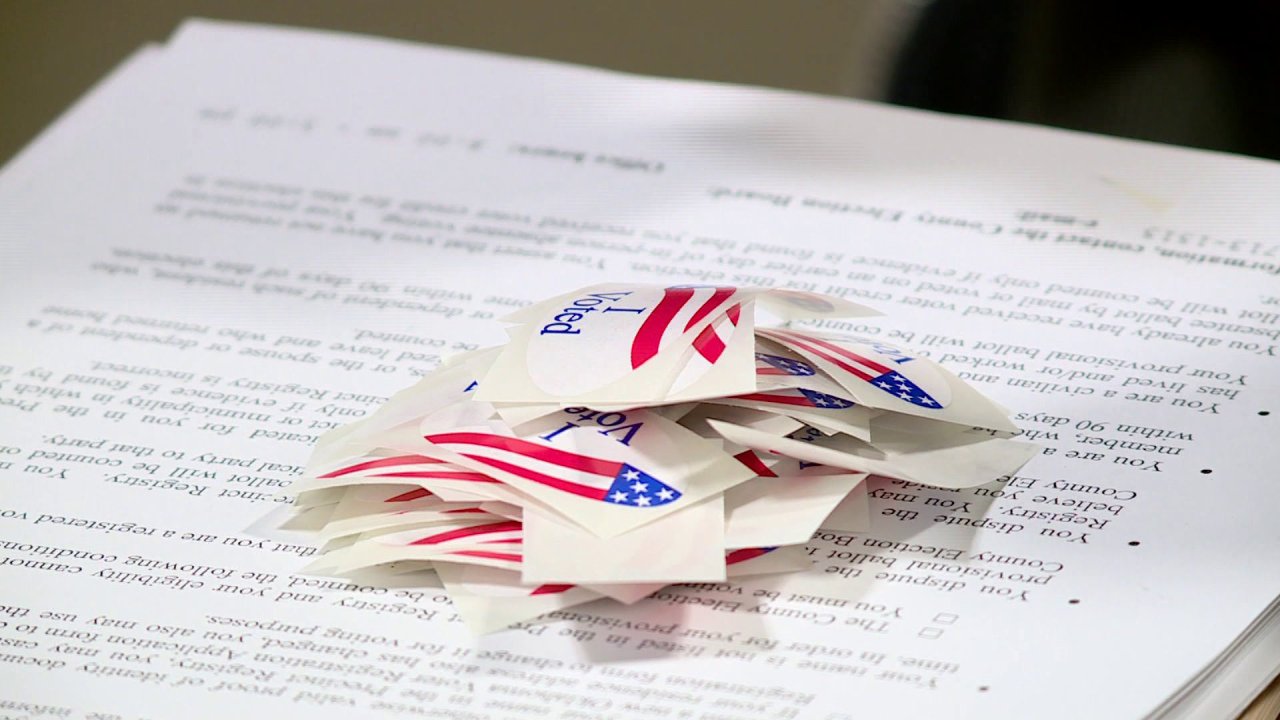