With less than six weeks to go until Week 1 of the NFL regular season, I still have no idea if there’s actually going to be a Week 1, and even if it does happen, I don’t know if there will actually be fans and I have no idea who’s going to be on the field due to all the opt-outs, but you know what, the headline has promised you some picks, so I’m going to give you some picks.

Welcome to our way-too-early Week 1 picks and bets bets. I’m an optimist, so I’m going to assume that Week 1 is going to be played, which is why you’re getting these picks. Although there are 16 games being played in Week 1, I won’t be picking all of them here. Instead, I’ve narrowed the group of season-opening games down to three best bets.

So what exactly does that mean?

It means that if I were to find myself in Las Vegas during the month of August, the three games below are the games I would absolutely bet on. This is the third year I’ve been doing early Week 1 bets, and apparently, early bets are the one thing in life I’m actually good at. Over the past two years, I’ve gone 6-0 straight-up and 5-1 against the spread with my early bets, so you’re obviously going to want to write these bets down and call your bookie as soon as you’re done reading.

Alright, let’s get to the bets.

All odds via William Hill

If you’re thinking about betting this game, I’d go ahead and bet it now, because there’s a good chance the point spread will only go up between now and Week 1 no matter how many players Kansas City’s roster end up sitting out the season. The Chiefs will be returning 18 of 22 starters in 2020, and that includes the fact that their starting running back and starting right guard have already decided to skip the season (Chiefs gambling note: Unless the Patrick Mahomes or Kansas City’s entire offensive line decides to sit out the season, I will not be betting against the Chiefs in this game).

If you’re hesitant to bet the Chiefs as a 10-point favorite here, I totally understand why. Besides the opt-outs, there’s also the fact that they were trailing 24-0 to the Texans during a playoff game last year, and who’s to say a disaster like that won’t happen in this game. Actually, I’ll say: A disaster like that is not going to happen in this game.

The Texans jumped out to that big lead because every impossible thing went their way: They had a 54-yard touchdown pass, they returned a blocked punt for a touchdown and they recovered a muffed punt at Kansas City’s six-yard line to set up another touchdown. Last year’s divisional playoff game between these two teams had possibly the most bizarre sequence of events in any first quarter in NFL history and I have to think the Chiefs will be doing everything in their power to make sure it doesn’t happen again.

The Chiefs will want to prove that the 24-0 lead was a fluke and I fully think they’ll be running up the score on the Texans, which means this game will almost certainly turn into a shootout, but a one-sided shootout, because the Texans aren’t going to be able to keep up. Houston’s biggest offensive weapon in last season’s playoff game was DeAndre Hopkins and he’s no longer on the team, so Houston has gotten worse at receiver and they have a running back who can’t stay healthy (David Johnson).

As for the Chiefs, they’ll be going into the opener with an offense that led the AFC in passing yards last season and the Texans will be trying to stop that with a defense that had no idea how to stop the pass last year (The Texans surrendered 267.3 pass yards per game last season, which was the worst in the AFC and fourth-worst in the NFL).

Also, Andy Reid is nearly unbeatable when he has extra time to prepare for a game, and he’ll have had all offseason to prepare for this one. Not only is he 18-3 coming off a bye, but he’s 9-2 in season openers over the past 11 years (7-4 ATS). This game could turn into the biggest blowout of Week 1.

Last year, one of the easiest ways to make money gambling on the NFL was to bet against the Lions. Over the final 11 weeks of the season, the Lions went just 2-9 against the spread, which means, if you were betting against them, you probably now live on an island in the Caribbean and have a small fortune in your bank account. I mean just look at the tweet below, this person’s entire strategy for becoming a millionaire is based on betting against the Lions.

Normally, I would say that’s a sound strategy, but not this year, and that’s because I actually think the Lions could be a winning bet… at least in Week 1.

Due to the fact that the Lions finished the season with a horrible record last season (3-12-1), it’s easy to forget that this team actually looked pretty good early in the year. For one, not only did they start the season 2-0-1, but it took a crazy game against the Chiefs before they suffered their first loss (34-30).

With a healthy Matthew Stafford under center, I actually think the Lions could end up having one of the most explosive offenses in the NFL in 2020. On the other hand, that’s not a guarantee, because I’m not even completely sure Stafford even wants to play for the team anymore.

That being said, my decision to bet on the Lions here is more of a bet against the Bears.

In Week 1, the Bears will either be rolling with Nick Foles or Mitchell Trubisky as their starting quarterback. The problem with Foles is that learning an entirely new offensive system isn’t an easy thing to do and it’s almost impossible when you have to learn it during a pandemic with only six weeks of practice. Basically, if Foles starts, I don’t think he’ll have full command of the offense just yet. On the other hand, if Trubisky starts, well, let’s be honest, we’ve all seen him play before. If I’m betting the Lions, I might actually be rooting for Trubisky to start.

One other thing I don’t like about the Bears is that they’ve lost six straight regular season openers. I’ll be betting the Lions in this game, unless Matthew Stafford decides to sit out the season, then I might change my mind.

If there is one game in Week 1 that seems like a disaster waiting to happen for the home team, it’s definitely this one. On paper — and in real life — this game feels like a total mismatch, and that mostly has to do with the fact that the Giants offense has a bunch of weaknesses that the Steelers defense is perfectly suited to take advantage of.

During the 2019 season, the Giants offensive line had some serious trouble protecting Daniel Jones. The Giants quarterback was sacked an average of 3.17 times per start last season, which was the third-most in the NFL. If you’re a Giants fan, that number should concern you, and that’s because New York will be going up against a Steelers defense that led the NFL in sacks last year. Oh, and did I mention that the Giants’ starting left tackle from 2019 (Nate Solder) has opted out of the 2020 season?

If I knew for a fact that New York’s offensive line was going to be better in 2020, that might change my mind about betting on the Steelers, but to be honest, their line might be worse in Week 1 than they were all of last year. The Giants tackles for the opener are likely going to be first-round pick Andrew Thomas, who will be making his first career start, and Nate Solder. Wait, I take that back, the Giants will not have Solder, because he has decided not to play this season, which means the Giants are going to have new starters at both right and left tackle. There’s a 100% chance that TJ Watt’s mouth is already watering.

With the offensive line struggling for most of last season, that meant that Jones spent a lot of the year running for his life, and while that was happening, he didn’t do a good job of protecting the football. Jones fumbled the ball 18 times in 12 starts last year, which isn’t ideal when you’re going up against the defense that LED THE NFL in fumble recoveries.

This game is also going to give us a Super Bowl-winning coach (Mike Tomlin) against a first-year head coach (Joe Judge) who will barely have had four weeks of on-field practice with his team before this game takes place. Advantage: Tomlin.

I’m still not sure if Ben Roethlisberger is going to be completely healthy for this game, but I’m not sure it’s going to matter. If the Steelers can score 20 points, I think that will probably be enough to win and cover.

Has Dell Technologies (DELL) Outpaced Other Computer and Technology Stocks This Year?

Fri Jul 31 , 2020
The Computer and Technology group has plenty of great stocks, but investors should always be looking for companies that are outperforming their peers. Dell Technologies (DELL) is a stock that can certainly grab the attention of many investors, but do its recent returns compare favorably to the sector as a […] 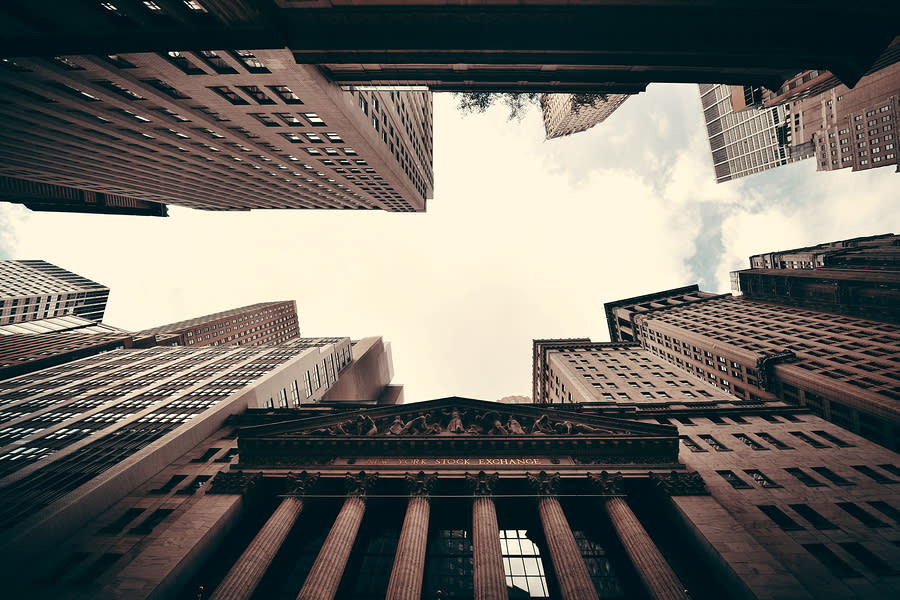