Trump has long boasted his baseball skills, but never took to the diamond at Fordham or Penn

Plan A was to follow his father into the real estate business. Plan B was to play first base for the Phillies.

Mary Trump’s recent allegations of her uncle cheating on his SATs to gain admission to Penn have cast further doubt on the legitimacy of Donald Trump’s academic boasts about his mysterious college years.

In “Too Much and Never Enough: How My Family Created the World’s Most Dangerous Man,” Mary Trump writes that “Donald worried that his grade point average, which put him far from the top of his class, would scuttle his efforts to get accepted.”

While Trump initially enrolled at Fordham University after high school, he transferred to Penn as a junior. Penn requires SAT scores to be reported as part of transfer applications.

But if a low GPA or standardized test score was a concern, a self-described high school baseball phenom might have another avenue to a top university, as recruited athletes are often advantaged in the admissions process.

With his academic records sealed, one feature of Trump’s undergraduate career that can be uncovered is his athletic pursuits. If Trump had the athletic talent, as he says he did, why didn’t he play collegiate sports?

The truth is, he did. But not at Penn, and curiously not for the sport he claims is his best.

Trump’s declarations of his baseball stardom can be traced back to 2004. In Brian Kilmeade’s collection “The Games Do Count: America’s Best and Brightest on the Power of Sports,” Trump contributed a chapter describing the connection between his experience playing high school baseball and his success in the business world.

“I was supposed to be a pro baseball player,” Trump wrote. “At the New York Military Academy, I was captain of the baseball team. I worked hard like everyone else, but I had good talent.”

Interestingly, in the same chapter, Trump added, “People asked me if I worked hard in sports. I didn’t. I loved it too much to call it work.” Then, explaining why he left baseball behind, he wrote, “I never played baseball after that because there was just no future in it for me. I would have had to have done it just for the love of the game, and that just wasn’t for me.”

Trump also described his first time seeing his own name in a newspaper headline, after hitting a home run to win a game against Cornwall High School in 1964.

Schaerlaeckens also found a discrepancy in Trump’s assertion of attending a tryout with Willie McCovey. McCovey was almost a decade older than Trump, and began playing for the San Francisco Giants in 1959, when Trump was 13.

Trump’s most brazen claim comes from a Tweet he posted in 2013, in which he describes himself as “the best [baseball] player in N.Y. state,” citing his former coach Major Theodore Dobias as corroboration.

Notably, Dobias served as the freshmen team coach at NYMA and had never coached Trump at the varsity level.

Dobias frequently echoed high praise of Trump’s athletic ability, talking to Rolling Stone in 2015 and the Atlanta Journal-Constitution the following year about his former pupil. He repeatedly claimed Trump had been scouted by the Philadelphia Phillies, Boston Red Sox, and West Point as a first baseman. Dobias passed away in 2016.

Neither the Red Sox nor the Phillies could provide scouting documentation from the 1960s to Schaerlaeckens to substantiate Dobias’ claim. The Daily Pennsylvanian reached out to West Point, but their baseball program does not keep such records either.

Fordham University, where Trump ultimately enrolled for his freshman and sophomore years, boasts a storied Division I baseball team that did not add him to their roster.

The precursor to today’s Rams, the Fordham Rose Hill Baseball Club of St. John’s College, played the first-ever collegiate baseball game under modern rules against St. Francis Xavier College in 1859. To date, 57 former Rams have gone on to play in the MLB, and the team holds the record for the most wins of any NCAA DI baseball program.

In the 1960s, Fordham was a top baseball contender in New York state. The year before Trump enrolled, the team’s record was 18-10-3, earning the Rams a second-place finish in the Metropolitan Conference.

Despite the program’s accolades, Trump opted to join Fordham’s squash and tennis teams instead of testing his baseball ability at the collegiate level.

According to archived editions of Fordham’s student publication, The Fordham Ram, Trump competed as a member of the squash team for both years he studied at Fordham, and joined tennis the spring of his sophomore year.

Both teams shared multiple athletes, and at the time even had the same coach, Bob Hawthorne, who passed away in 2011.

In Trump’s freshman year, the Fordham squash team put up a conference record of 3-5, which The Ram described as “a rather dismal season” on March 24, 1965. The following year, the team posted an even worse record of 3-9.

Trump was referenced by name in an article published on March 3, 1966, as a member of “a strong nucleus of veterans [who] will return next year to perhaps bring Fordham a .500 record.”

The same year, he would transfer to Penn and quit the sport.

While no records of Trump’s personal matches were archived by The Fordham Ram, it is noteworthy that the alleged best high school baseball player in New York would choose to play for an unsuccessful squash team in college.

Trump has never made a public statement regarding his collegiate squash endeavors. The White House did not respond to requests for comment.

As an underclassman, Trump was by no accounts the best player on the team. The top two Rams were entered in the Metropolitan Conference Squash Tournament each year, and Trump never merited a bid.

The squash team was seemingly no less of a time commitment than Fordham’s baseball program. While the baseball team was able to train on campus, the Rams lacked their own squash courts at the time, and were forced to travel to the New York Athletic Club for each practice. Athletes were required to make their own way from the Rose Hill campus in the Bronx to the club’s location in midtown Manhattan.

During Trump’s two years with the Rams, Fordham never faced Penn’s squash team. However, the Quakers saw much more success during the same time period. The season prior to Trump’s transfer, the Red and Blue earned their first-ever share of the Ivy League crown and produced an individual National Intercollegiate Squash Champion in their captain, Howard Coonley II.

Trump would not help defend Penn’s squash title once he arrived in Philadelphia, and would never set foot on a baseball diamond as a Quaker, either.

“[Trump] never played baseball and never had anything to do with baseball [at Penn],” Seddon said. “Never gave any money to baseball, and to be honest with you, I doubt he ever gave a penny to athletics at Penn, but I’m not sure of that. He was not involved at all in the athletic program to my knowledge at Penn, but definitely not with baseball.”

Seddon took over head coaching duties of Penn baseball from Bob Murray, who led the team from 1966 to 1970 and has since passed away. Seddon’s time as baseball coach did not coincide with Trump’s two years at Penn, but he said after he began coaching, fundraising from alumni had been a top priority.

At the time, Penn played in the Eastern Intercollegiate Baseball League, composed of all eight Ivy League schools in addition to Army and Navy. During Trump’s junior and senior years, the Quakers finished in a tie for eighth and seventh, respectively.

Trump’s tenure at Penn has been described as forgettable by his classmates, with alumni recalling that he was rarely on campus. Some theorized he returned to Manhattan to work in real estate with his father every weekend, a habit that would certainly be at odds with the demands of a varsity sport.

Trump did find time, however, to take up golf while at Wharton, a hobby that he would would bring with him to the White House.

“I was going to the Wharton School of Finance, at the University of Pennsylvania, and I had friends that were golfers,” Trump told Golf Digest in 2014. “I’d never played golf — I always played baseball and football and stuff. And so I’d go out to Cobbs Creek, in Philadelphia, yeah, a public course, a rough course, no grass on the tees, no nothing, but it was good, and great people.”

Admittedly new to the sport, Trump would not seek to join the Quakers as a member of the golf team either. Penn golf was at its peak during the 1960s, with 1965 marking Penn’s most recent appearance at the NCAA Golf Championship.

Also in the late 1960s, men over the age of 18 were eligible to be drafted into the Armed Forces and potentially sent to Vietnam.

And yet just four years after being a self-proclaimed MLB prospect and two years after competing as a dual-sport Division I athlete, Trump would be deemed medically unfit to serve in the military.

After receiving four academic deferments, two each from Fordham and Penn, Trump received a 1-Y medical deferment in October 1968. This followed a diagnosis of bone spurs in his heels, disqualifying him from service except in the case of a national emergency.

Get our newsletter, Dear Penn, delivered to your inbox every weekday morning.

Trump has never offered a reason for this sudden ailment, and when asked in 2015, could not recall which foot had been afflicted. The 2016 Trump presidential campaign later published a statement stating spurs had affected both of his heels.

It’s certainly possible that a sudden and fleeting affliction of bone spurs or real estate obligations prevented Trump from continuing to compete in any sports while studying at Penn.

Or perhaps, he just wasn’t good enough to be a Quaker.

Thu Jul 30 , 2020
If you watch television, you may have come across an advertisement for Spark which shows Lord Ernest Rutherford sitting in an armchair, pontificating over the remarkable rate of human technological progress. It is promoting the telco’s new 5G tech standard for cellular networks, and was created, with the endorsement of […] 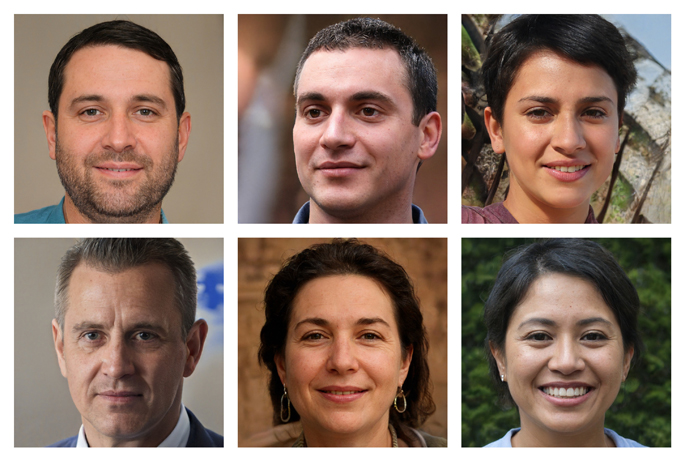