Presidential candidate Joe Biden wants to eliminate the 1031 exchange, a tax provision popular with hotel owners looking to trade up properties and defer or avoid capital gains taxes incurred along the way.

The tax move is tied to transactions like Hilton’s nearly $2 billion 2014 sale of the Waldorf Astoria in Manhattan, where the company deferred taxes on profits by using the proceeds to buy five luxury hotels across Florida and California.

But analysts and hotel developers say the measure is used more by smaller operators already struggling under the weight of the worst year in travel on record — and its elimination could have a negative impact when the economy rebounds.

“It is one of those moves that sounds good to a politician, but they seldom understand the economic implications,” said Bruce Percelay, a Boston-based hotelier and founder of real estate development firm Mount Vernon Co. “In the case of hotels, it will either freeze the market or reduce the number of transactions. People will either sell and take a big tax hit, which they’re often hesitant to do, or they won’t transact.”

Biden’s tax plan includes eliminating the 1031 program to fund a $775 billion plan to provide childcare and services for the elderly and individuals with disabilities.

The 1031 exchange, also known as a like-kind exchange, is a highly popular tax tool in commercial real estate. Owners can defer taxes on profits made off the sale of a property by reinvesting the capital into a property of equal or greater value.

Hilton’s use of the 1031 exchange in the Waldorf Astoria sale is among the highest-profile examples. The hotel company — before it spun out its real estate holdings into Park Hotels & Resorts — deferred its capital gains taxes and used the profits in acquiring three Waldorf Astoria-flagged hotels in Florida, a Hilton in Orlando, and the Parc 55 hotel in San Francisco.

Despite the luxury patina to that exchange, Percelay — who uses the provision in his own real estate business — and real estate analysts argue this is a part of the tax code that benefits more than financially savvy real estate investors.

“Real estate developers in relation to the rest of the population are a very tiny group, so you’re not upsetting too many people by taking this position,” Percelay said. “However, you are going to eventually upset the treasury.”

Hilton representatives declined to speak for this story. The Biden campaign did not respond to a request for comment.

Not Necessarily a Silver Bullet

A 2015 University of Florida study estimated the U.S. Department of Treasury lost between $200 million and $3 billion in potential revenue due to the 1031 exchange. However, the report also argued those figures came under the assumption real estate developers would continue to sell properties and take a tax hit in the absence of the 1031 incentive — something the authors of the report found highly unlikely.

Instead, the report found the ripple effects of eliminating the 1031 exchange would have several negative impacts passed on to those beyond the property owner. Property investors involved in 1031 exchanges tend to invest more in upgrading their developments ahead of a sale, the report found.

“There are few asset classes that are as capital intensive as hotels, so the diminution of incentives to put that in there certainly would not only have an impact on the investor’s returns, it would have an impact on the quality of the hotel stock and the impact of the jobs created by people who do the renovation work,” said Spencer Levy, senior economic advisor for CBRE.

Rents in a “moderately taxed” market would need to increase by as much as 13 percent to offset the tax burden in place without the exchange, according the University of Florida report. That figure would get higher in markets with higher taxes like New York City or San Francisco.

Further, 88 percent of the 1031 cases studied eventually ended in a taxable sale on average nearly 20 percent higher than what would have been seen in an earlier ordinary sale without the exchange tax provision.

“It would be damaging to the real estate industry overall to the number of trades, to capital expenditures, and it would not be a massive revenue generator as some would expect,” Levy said.

There is also the grim economic reality that 1031 exchanges only provide tax benefits if a property owner makes a profit on a sale. The global pandemic spurred what is shaping up to be the worst year on record for travel. That will eventually begin to take a toll on hotel property valuations.

“It doesn’t completely thwart the incentive to proceed along that path. It just creates more friction in the marketplace that will most likely lead to a slowdown in transactions,” said Sean Hennessey, a professor at New York University’s Jonathan M. Tisch Center of Hospitality and former executive who brokered several mid-market hotel deals involving 1031 exchanges in the 1990s. “The hotel industry has plenty of damaging activity going on right now. This only adds to the pain in the near-term.”

Back on the Chopping Block

Eliminating the 1031 exchange provision has the potential to damage investor transaction volume within the hotel industry. But hoteliers and the investors involved in hotel deals aren’t necessarily anxious over Biden’s potential policy play.

“The elimination of 1031 exchanges would be disappointing, but not catastrophic,” Friedman said. “The biggest economic impact would be the elimination of certain buyers that have a tendency to overpay in order to be tax efficient on their investments.”

There are also bigger issues crushing hotel owners and investors today, namely uncertain travel demand and even murkier outlooks on when occupancy levels will return to 2019 performance peaks.

“It’s scary out there, but it has nothing to do with the elimination of a 1031 exchange,” said Francine Lipman, a tax law professor at the University of Nevada, Las Vegas. “That wouldn’t be like stepping off a cliff. Stepping off a cliff is no people coming to Las Vegas and trying to sell a hotel in Vegas right now.”

Others note the idea of eliminating the 1031 exchange is simply popular election year fodder.

“The 1031 exchange has been on the table at various points in time going back to 1986 when Ronald Reagan was considering eliminating it,” Levy said. “This is not its first barbecue with potential elimination.”

The original 1031 exchange established in the 1920s was meant to lessen the tax burden on farmers looking to trade up in property. But the provision morphed into one where airlines and rental car companies were eligible to trade in older assets for newer, modern ones and avoid tax liabilities.

The 1031 exchange was significantly tapered back with tax reform in 2017 into a real estate-focused iteration that politicians will likely be able to live with going forward, those interviewed for this story say.

“I’m not here to comment on the good or bad on those other areas,” Levy said. “But in real estate, [1031 exchanges have] been proven to create commerce, trade, and jobs.”

Fri Jul 31 , 2020
Delays in bar exams and firm start dates amid the ongoing COVID-19 crisis are upending law career paths. Business Insider spoke with legal recruiters on their advice on how recent graduates and career-changers can keep their skills sharp and leverage opportunities to advance their prospects in law. Finding pro bono […] 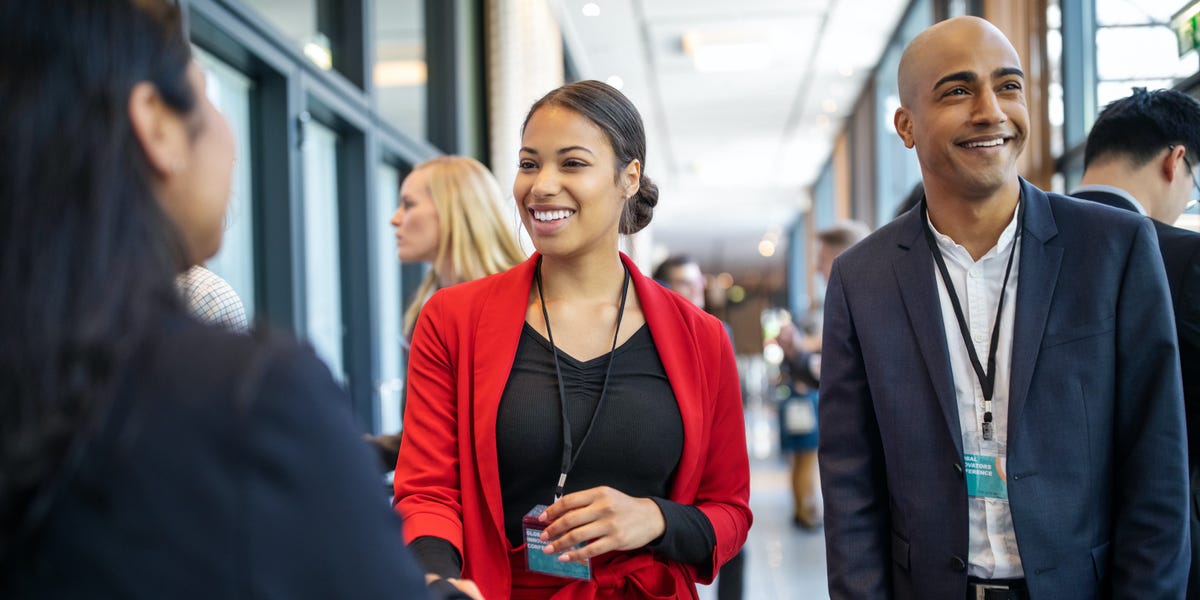