“Since January, we have been fighting the pandemic for seven months. This pandemic has dealt a heavy blow to our economy,” she said. “Some people have said that if I am not postponing the elections, they might take legal action … while others have said if you are postponing it, you must explain clearly.”

Lam said she was invoking the colonial-era Emergency Regulations Ordinance to push the elections back from September 6 this year to September 5 next year, and her decision was fully supported by the central government.

Under the city’s mini-constitution, the Basic Law, each Legco term could only last for four years, the chief executive noted, and that would raise legal questions.

To resolve them, she had submitted an emergency report to the State Council in Beijing, which informed her that the central government would ask China’s top legislative body, the National People’s Congress Standing Committee, to make a decision on the outstanding legal and constitutional issues.

This would mark the second time in a year that Lam has invoked such powers, first introduced nearly a century ago under British colonial rule. She used the law last October to ban mask-wearing by protesters hiding their identities during anti-government demonstrations.

Lam cited examples of other governments postponing elections, saying more than 60 countries had done so since July 15, and only 49 countries had gone ahead with their scheduled polls.

“In Britain, an emergency law was passed to postpone an election in May by one year,” she said, adding that an Australian election was also deferred by 12 months.

“If we continue with our election, millions of voters will be visiting polling stations on the same day. The risk of infection would be very high.”

Lam noted that despite preventive measures, new coronavirus infections since July had increased by 1,852 – a 140 per cent surge compared with the first six months.

“We are particularly worried about the situation in elderly care homes … and there is no sign that the situation in the city is improving yet,” she said. “The situation has been most critical since January 2020, as the virus will continue to spread in the city, and the risk of large-scale community outbreaks has been increasing every day.”

On the logistical challenge in the middle of a public health crisis, Lam said the government would have to recruit 34,000 electoral officers, and large crowds would be out on the streets on voting day.

She noted that registered voters living across the border in mainland China would not be able to cast their ballots with quarantine measures preventing travel.

Social-distancing measures had also made it hard for candidates to carry on with their campaign, she added.

Her announcement came after the two-week nomination period for candidates closed at 5pm and a dozen opposition hopefuls were disqualified on Thursday.

The decision throws up a series of legal questions, including whether council sessions could be extended and for how long, and if those disqualified would still act as lawmakers.

In a statement released earlier, 22 pan-democrat lawmakers, including four barred from seeking another term, said the Legislative Council elections were a core element of Hong Kong’s constitutional foundation.

“According to the Legco Ordinance, the polls can only be postponed by 14 days,” the statement said. “To postpone it [beyond that] is to trigger a constitutional crisis in the city.”

“After a year of democratic movement, it is urgent for Legco to undergo a baptism of public opinion, that is the root of the city’s governance … The government and the whole of society must make every effort to make sure that the general elections can be held as planned.”

The official Xinhua news agency reported on Wednesday that the National People’s Congress Standing Committee would meet again in Beijing from August 8 to 11 to discuss a series of laws. No item related to Hong Kong has been placed on the agenda yet.The opposition also accused the government of trying to deprive residents of their right to vote.

“Hong Kong’s constitutional and legal frameworks would not allow such kind of manipulation,” the statement said. “It was also suggested that the National People’s Congress will intervene … that would spell the total collapse of our constitutional order.”

The camp noted more than 60 countries or regions around the world had successfully held elections during the pandemic, either on schedule, or with a brief delay. Hong Kong authorities should learn from their examples, it said.

The postponement came a day after the opposition camp suffered a stunning blow with 12 members, including veteran and moderate politicians, having their candidacy invalidated by returning officers, while the government warned more might be disqualified.

At least 22 other opposition hopefuls are still waiting for returning officers’ verdicts on their applications.

Returning officers cited similar reasons for their invalidation and their earlier vow to vote down the government’s budget and other bills, should the bloc win an unprecedented majority in the legislature.

The government warned that more candidates might meet the same fate. But a source familiar with the matter said no additional disqualifications would be announced on Friday. “But returning offices are empowered to do so after the nomination period closes on Friday,” the source said.

Fri Jul 31 , 2020
A BRIT slept rough in Amsterdam for two nights when her travel agent allegedly cancelled booked accommodation without telling her. Zea Hudson, 26, had shared video with her 16,000 followers on TikTok showing her excitement during a flight from Gatwick – only to be turned away by the hotel. 14 […] 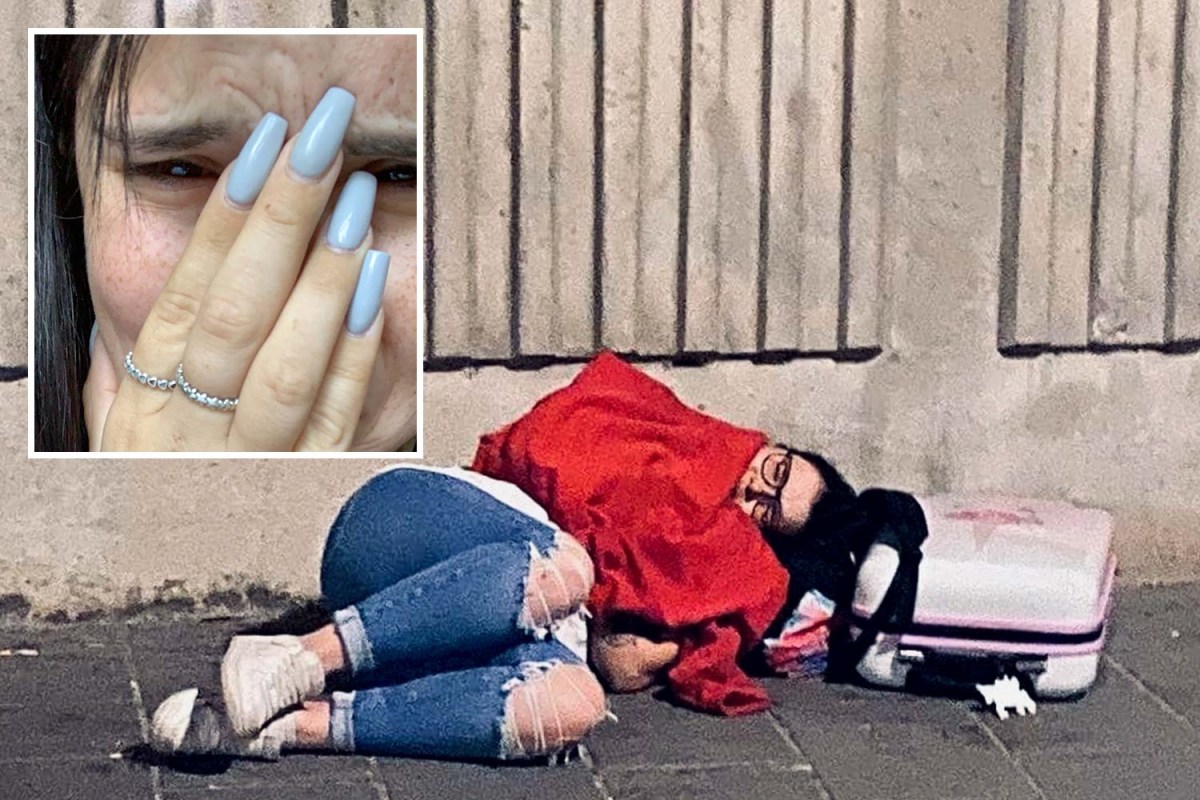